Prior to 1885 – The town of New Cumberland was without fire protection except for bucket brigades which people formed by running to the fire without any kind of equipment which would hold water. After the Eisenberger fire, about forty men organized the Citizens’ Hose Company Number 1 of New Cumberland.

April 10th, 1895 – The store and home of Jacob Eisenberger at 5th and Bridge Street was destroyed by fire. The serious consequences of this fire caused the forming of a fire company.

May 7th, 1896 – The fire company was reorganized to meet every month at the Council Chamber, or what was known as the “Little White School House” at 5th and Bridge Street. The Borough Council purchased a hose reel and 500 feet of 2.5″ hose for $50.00. The equipment was kept in a shed at the back of the 5th Street school. The Citizens’ Hose Co. also bought six large ladders. 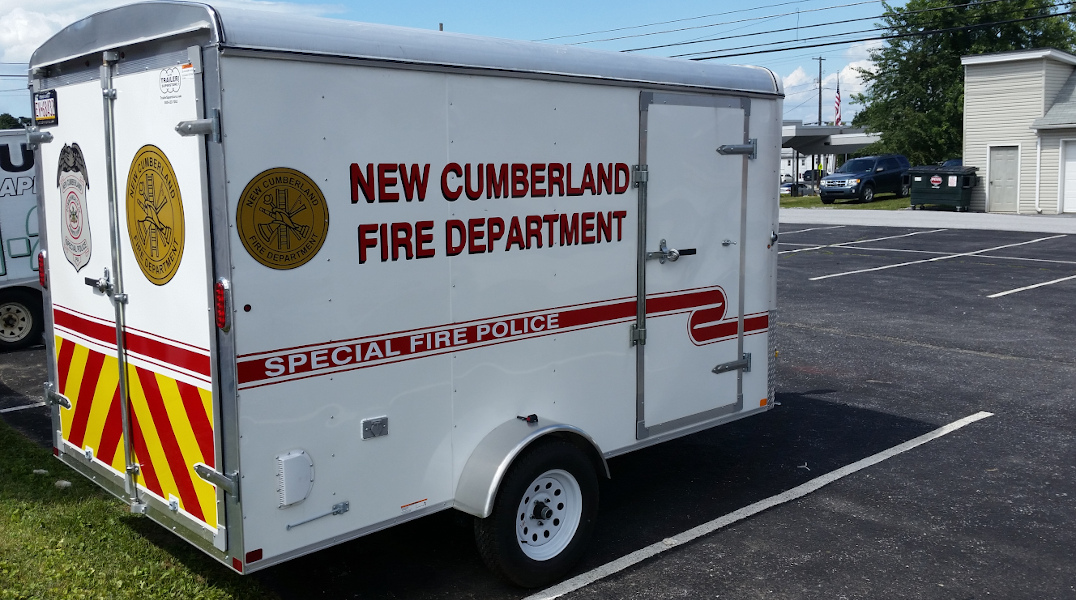 July 1902 – One of New Cumberland’s worst fires occurred. The two houses, a planning mill, sawmill, and a spoke mill were burned. Fire trucks were sent for and came from Harrisburg by train. One man (Tom Snell) was killed while trying to keep the fire from spreading to the waterworks.

1906 – Borough Council built and finished the firehouse on Fourth. That structure now sits across from the current firehouse and has been converted into a restaurant.

1907 – The company purchased the first horse-drawn wagon on the West Shore. The wagon was built by Jacob Sutton of Fourth and Water Street. The horse, named Smoke was a fast runner, loved to eat tobacco, and made the company one of the best in the country. The horse cost $225.00 and the wagon cost $325.00.

July 4th, 1915 – A brand new Brockway Combination Chemical and Hose truck was given to the borough of New Cumberland by the borough council and the members of the fire company. Each organization paid half the cost of the fire truck. The truck was the first motor-driven apparatus in Cumberland County.

July 11th, 1923 – A 600 gallon American LaFrance pumper was dedicated with a big parade and celebration. It was purchased by the Citizens’ Hose Company for $12,500.00 and presented to the borough without cost to the taxpayers. The pumper is owned by the New Cumberland Fire Department and is currently on display at the Harrisburg Fire Museum.

1931 – The New Cumberland Fireman’s Relief Association was organized and a 1940 International was used for an ambulance.

1953 – A Cadillac Superior ambulance was acquired. 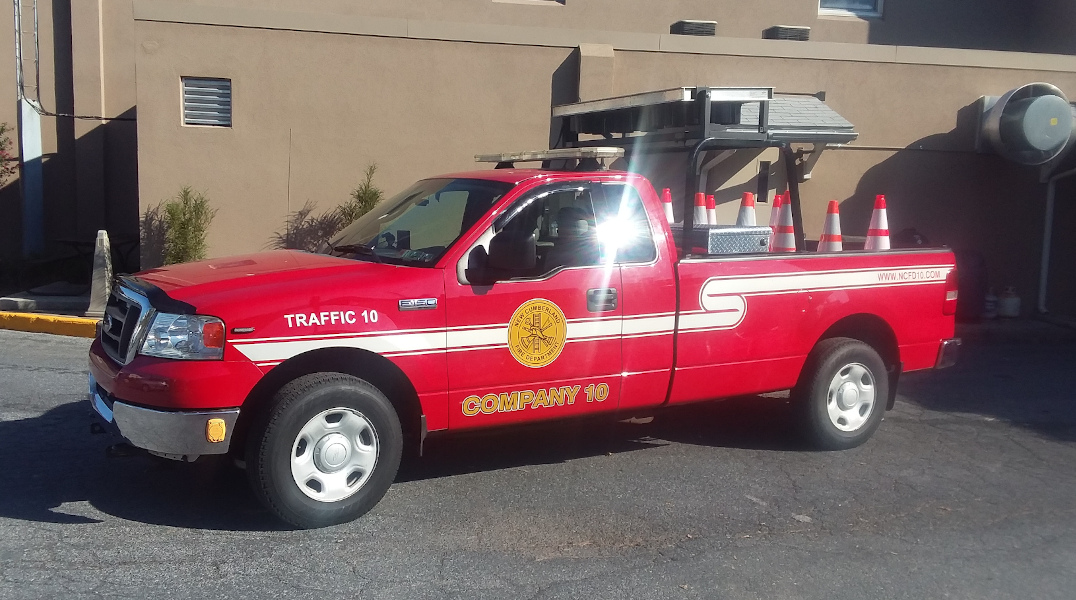 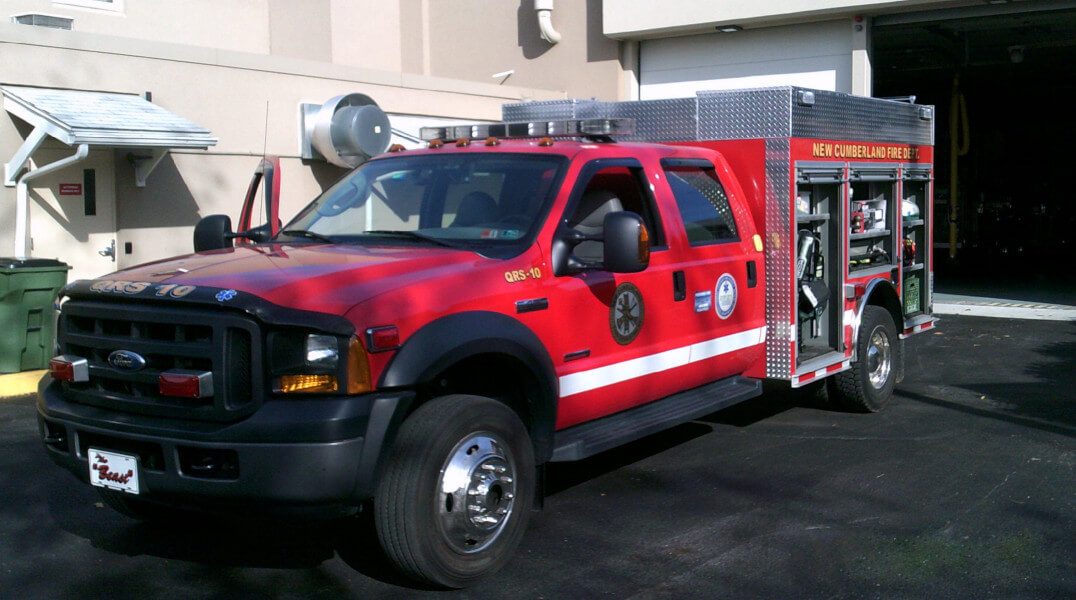 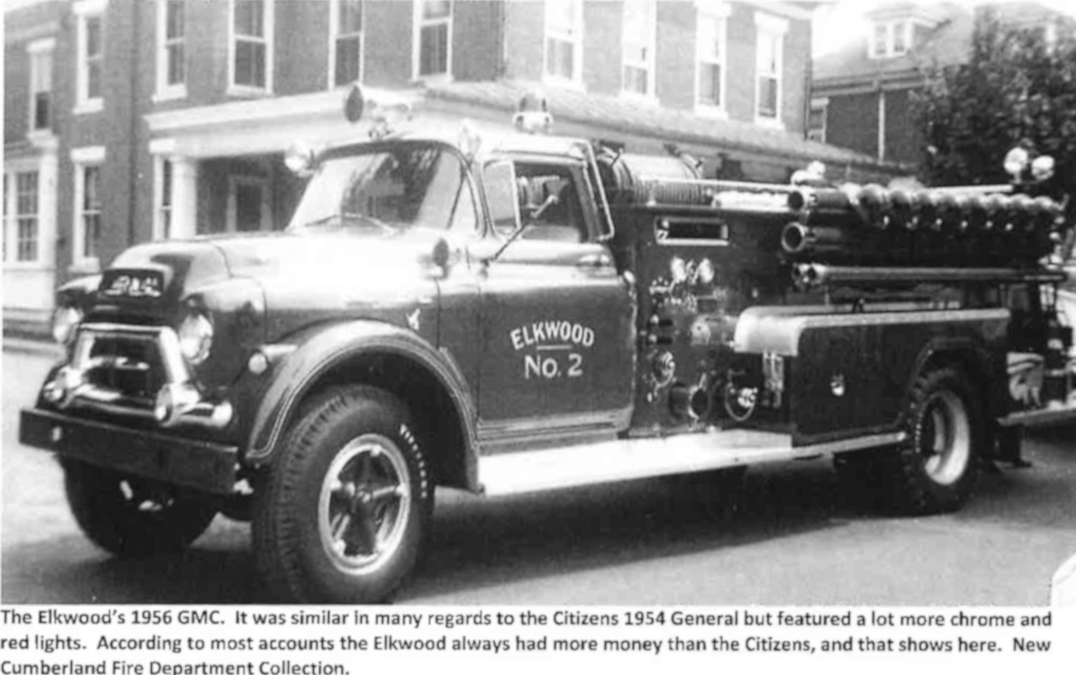 1922 – The Elkwood Fire Co. No. 2 located on 8th Street was organized by residents of that immediate area which was then known as the Elkwood Section of Lower Allen Township. Upon annexation of this area by the borough, the fire company became part of the borough fore protection unit in 1931.

1923 – Bought a REO with a Hale pump. It was housed in a stable until a permenant house was available.

1940 – It happened – what every firefighter says can’t happen. The firehouse burned down in the month of January. Not much was saved, except for the new pumper which was driven out with its hose bed on fire. Planning began immediately for a new firehouse and was completed 10.5 months later.

1966 – A GM 750 Hale pumper was purchased. In September, Citizens’ Hose Co. and Elkwood Fire Co. #2 were the first volunteer fire companies in the Commonwealth to merge. The new company was known as the New Cumberland Fire Department. The road was not easy, but good things never come easy. 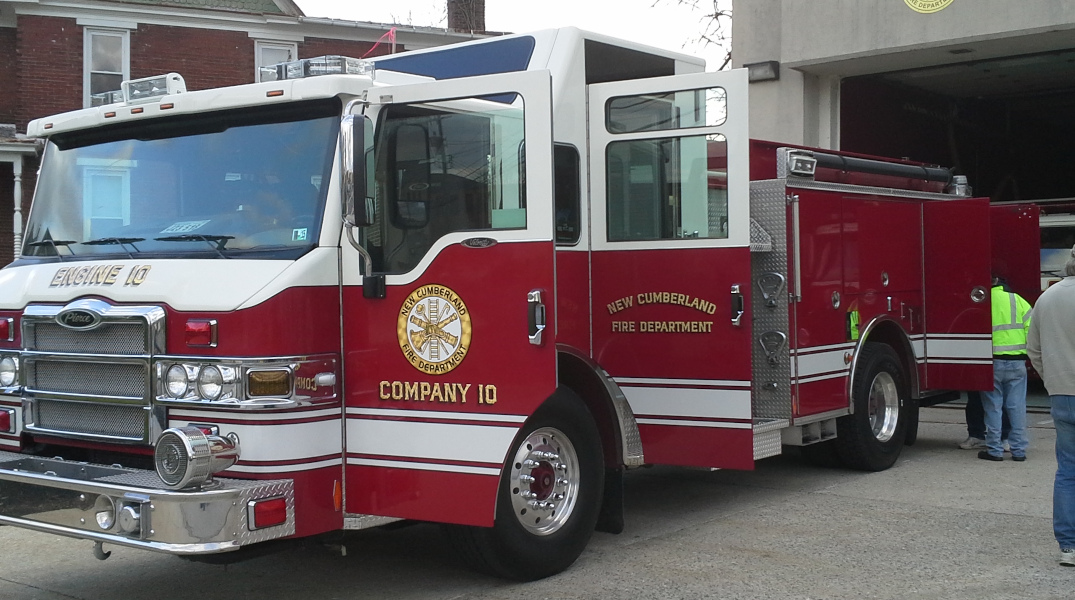 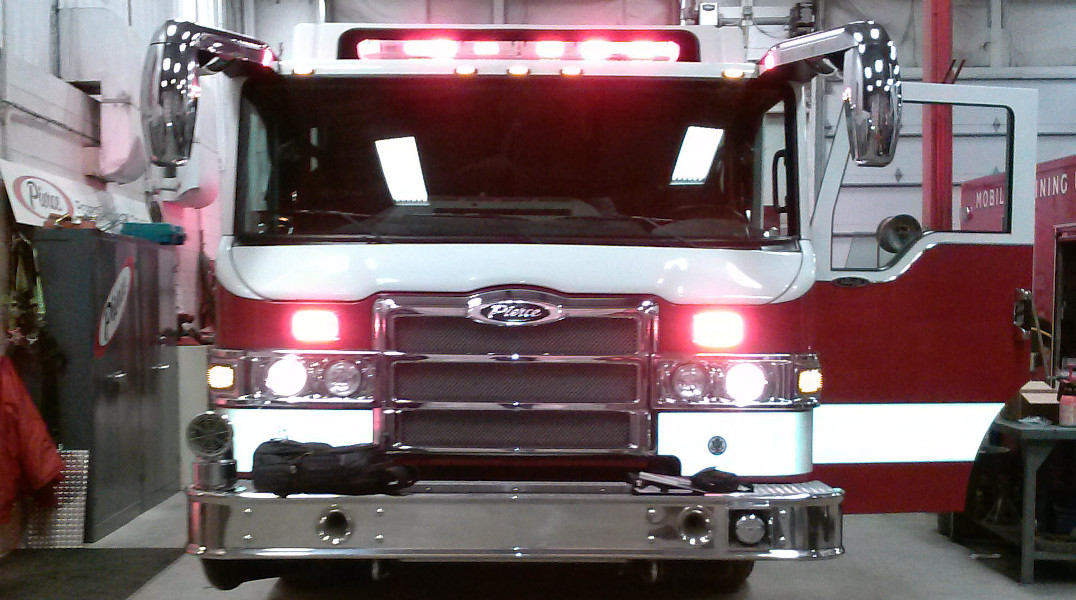 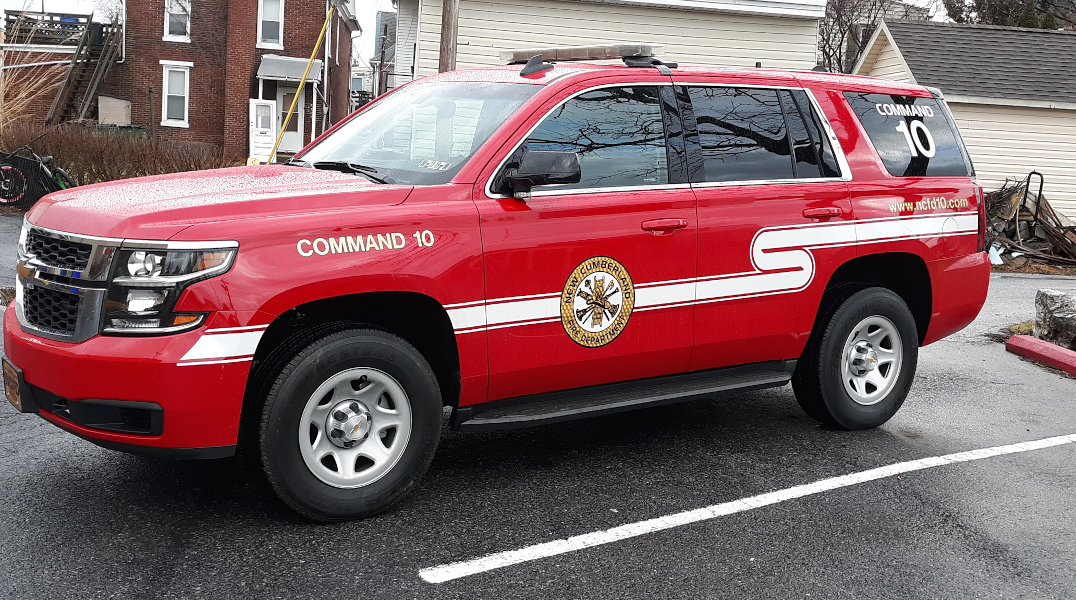 1982 – A squad truck built by Swab and a 1500 gpm Pierce Arrow triple combination pumper were purchased. A fire alarm and detector system were installed in the station.

1990 – Purchased a Seagrave 100′ ladder truck from New York City Fire Department and had it refurbished.